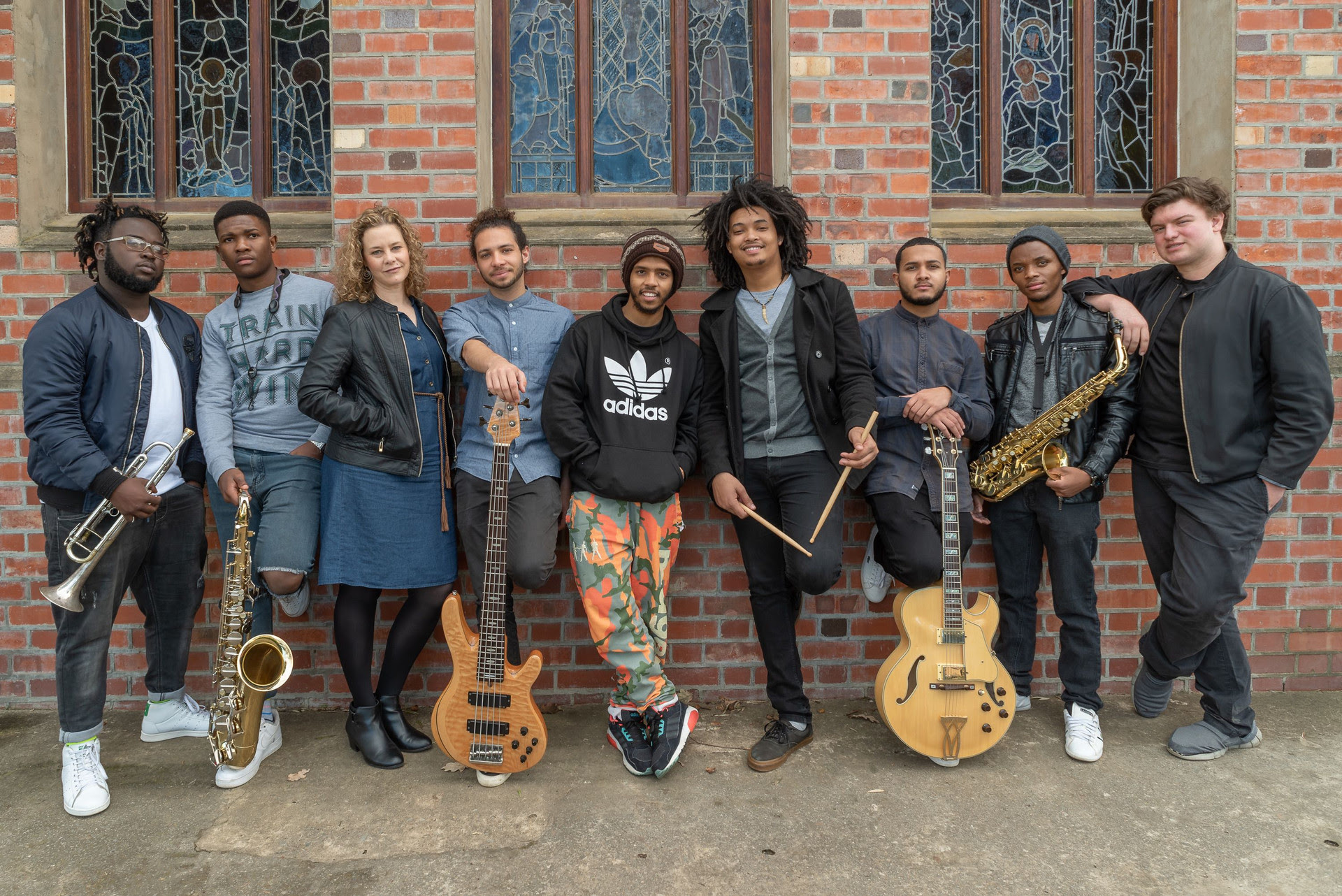 For the first time in its history the Standard Bank National Youth Jazz Band (SBNYJB) is under the tutelage of a female conductor, Amanda Tiffin. This year has also seen the rise of 18-year-old saxophonist from TUT, Moses Sebula, who has beaten the odds to secure a place in the annually-constituted youth jazz band.

Sebula first attended the Standard Bank National Youth Jazz Festival (SBNYJF)in 2013 playing, says festival director, Alan Webster: “A tenor sax that was almost as big as he was… I was blown away by his sound and incredible ears, but he couldn’t read a note and spoke little English, so had no chance of getting into a reading band.” The next year Sebula was back in Grahamstown with slightly improved music reading skills. The following year he was selected for the “National Schools’ Ensemble” which is created specifically for students that are talented, but have limited formal music education. “Last year (2017) I was gobsmacked to see him selected for the National Schools’ Big Band (NSBB): a reading gig. On congratulating him, he beamed at me and said, ‘I can read now!’ 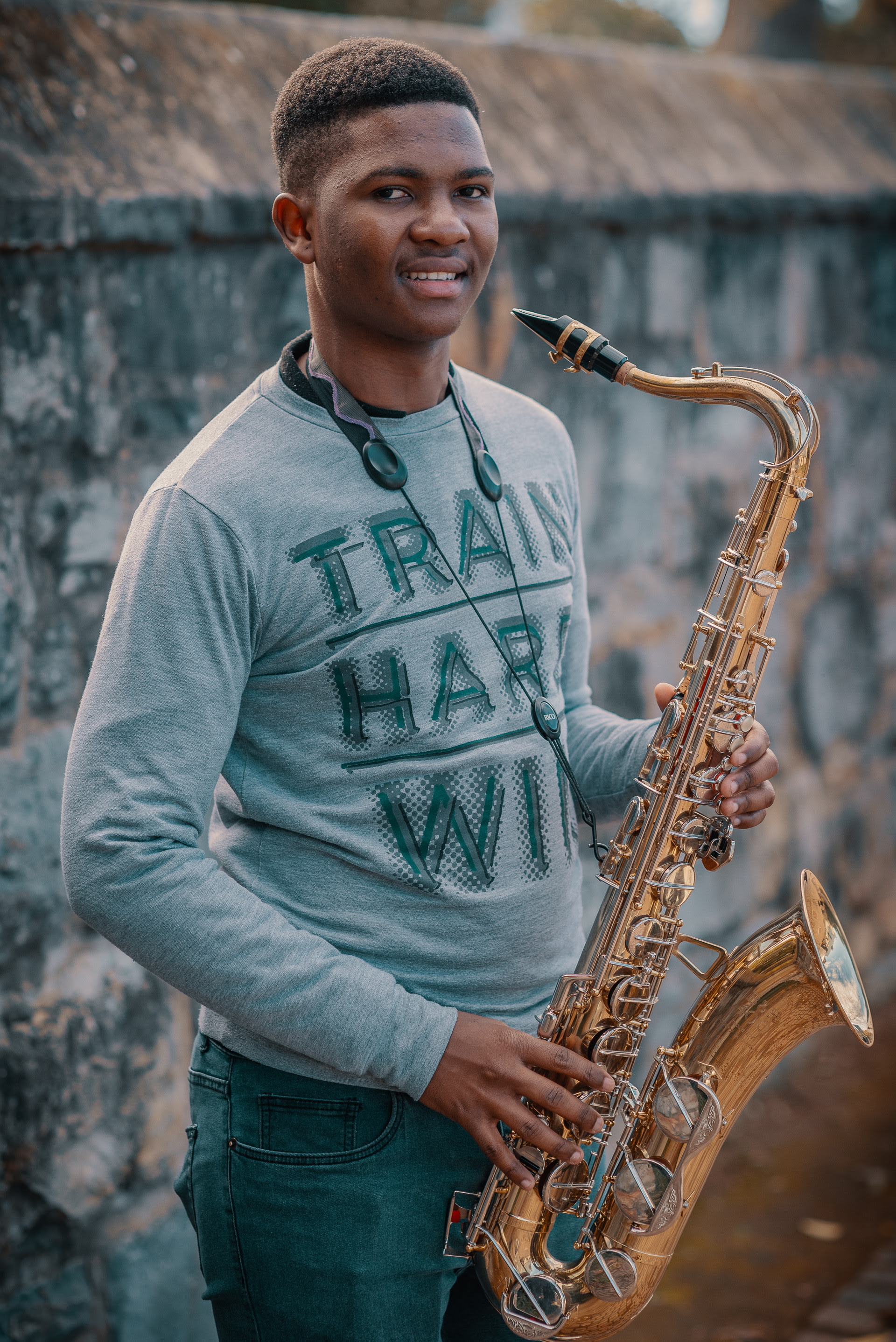 Moses Sebula
Word of Sebula’s exceptional talent, a kid trained at the Moses Molelekwa Arts Center near his home in Tembisa, had come to the attention of music teacher Ceri Moelwyn-Hughes from St Mary’s School in Waverley. She set about teaching him to read sheet music along with securing him his first tenor sax ahead of his return to SBNYJF in 2018.And it was a triumphant return as the shy 18-year-old let his sax do the talking, acing the auditions to secure his place in the 2018  Standard Bank National Youth Jazz Band in his first audition for the senior youth band.

Amanda Tiffin, the band’s conductor is a respected performer with three jazz records to her credit as band leader. She is also head of music at University of Cape Town where she has presided over the education of some of South Africa’s most brilliant vocalists who took her reputably rigorous classes.

Known for his charisma and impressive acting chops, the versatile and multitalented Lawrence Maleka will be adding another prestigious gig..

Released in a time that could not be more relevant, the message of the single and music video is a plea for the pandemic..

NETFLIX DROPS THE TRAILER FOR THE SECOND SEASON OF HOW TO RUIN CHRISTMAS: THE FUNERAL

Netflix dropped the official trailer for the highly anticipated second season of How To Ruin Christmas. This season holds a..

Mpho Sebina’s Too Late for Mama music video is out on MTV Base and YouTube. The music video follows the successful release of..